Stocos creates a three-dimensional space in which natural and artificial entities coexist, interrelate and overlap. It relies on stochastic processes and swarm simulations for the creation of dance movements, sound synthesis, musical compositions and visual imagery. Throughout the performance, a dense network of mutual interactions among algorithms, dance, music and visuals establishes coherence, simultaneity and presence in the behavioral and aesthetic characteristics of the piece.

Stocos is the third part of a trilogy centered on the analysis and development of the interaction between sonic gesture and dance gesture.

Stocos expands the scope of the trilogy in that it creates gestural relationships not only between dancers and music but also between simulated entities and computer generated imagery. The activities of the dancers, virtual entities, music and visuals relate to each other via underlying processes of brownian movement and flocking behavior. Accordingly, a dense network of mutual influences emerges that establishes coherency among the spatial, perceptional and behavioral properties of its natural and artificial participants.

The simultaneity and causality of these activities and their spatially distributed multimodal presence transforms the stage into a hybrid ecosystem in which various forms of mutual dependencies coexist. 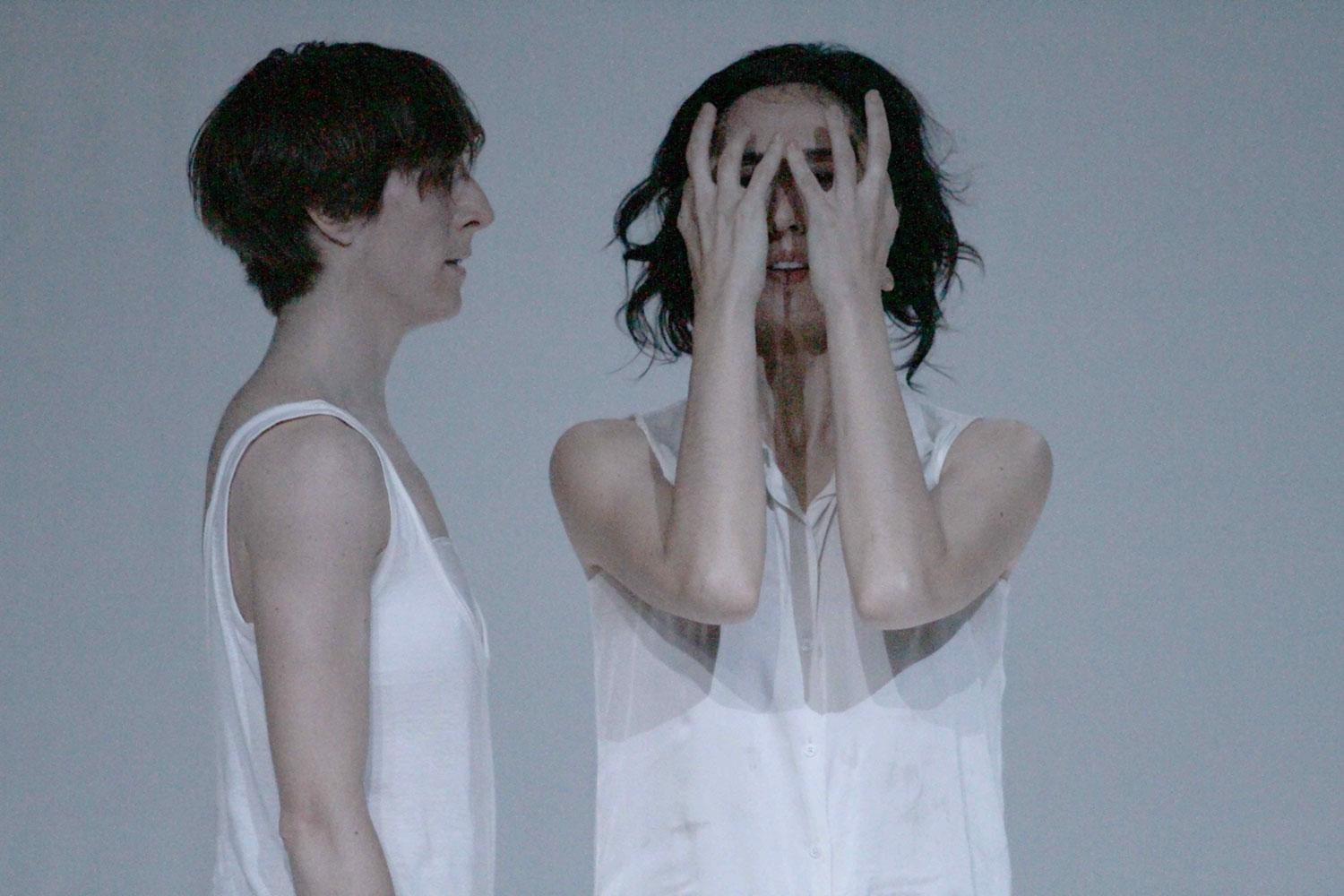 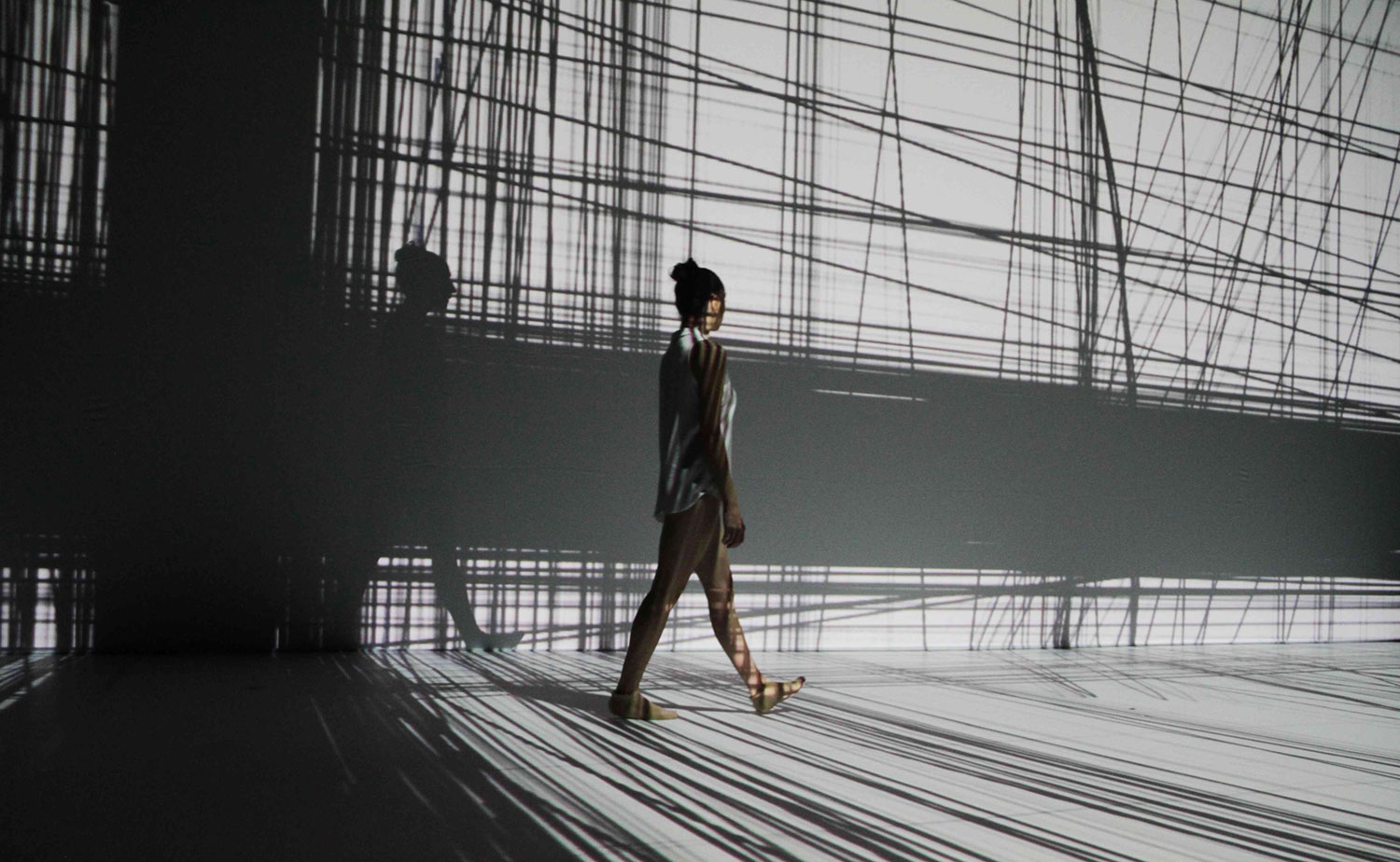 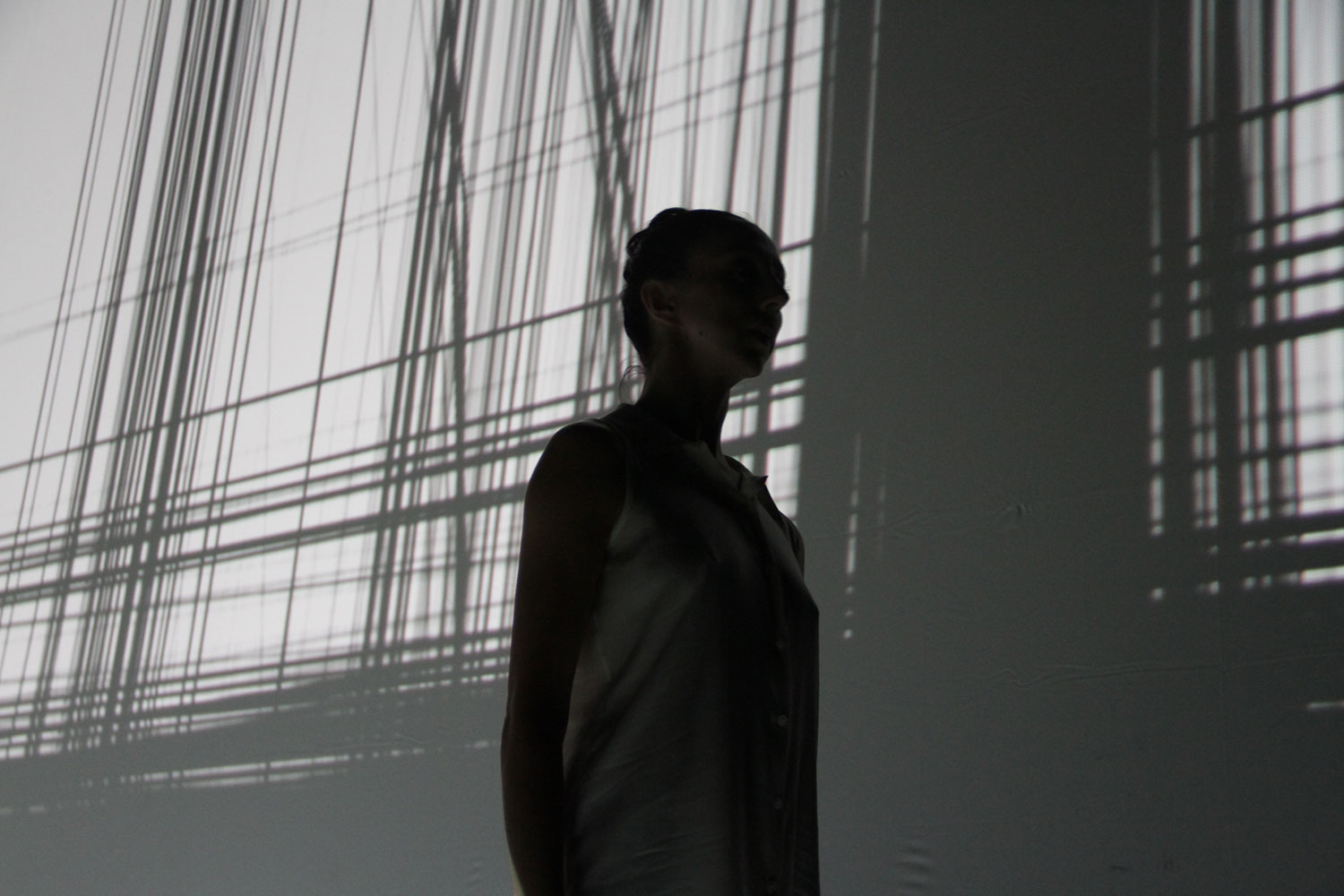 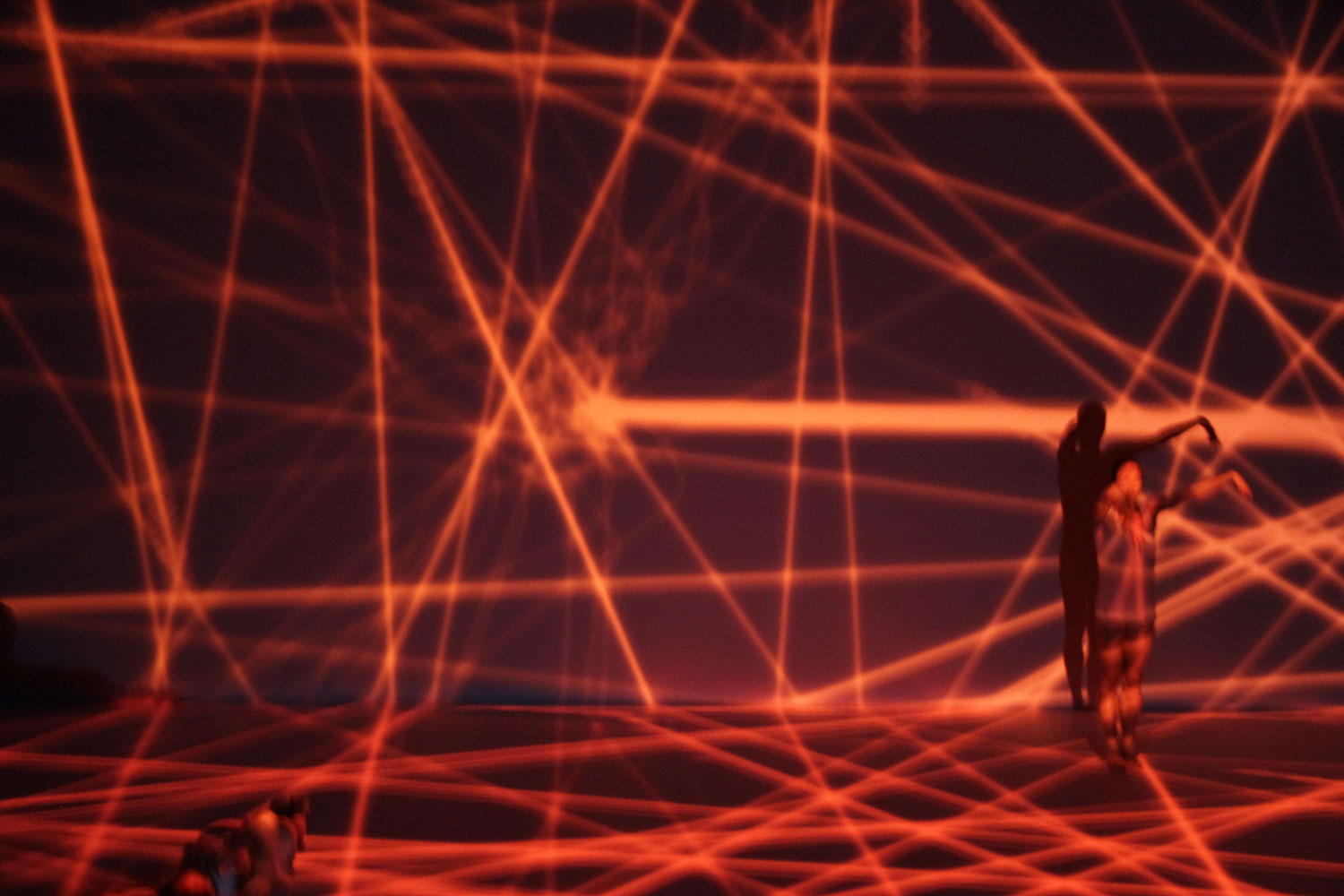 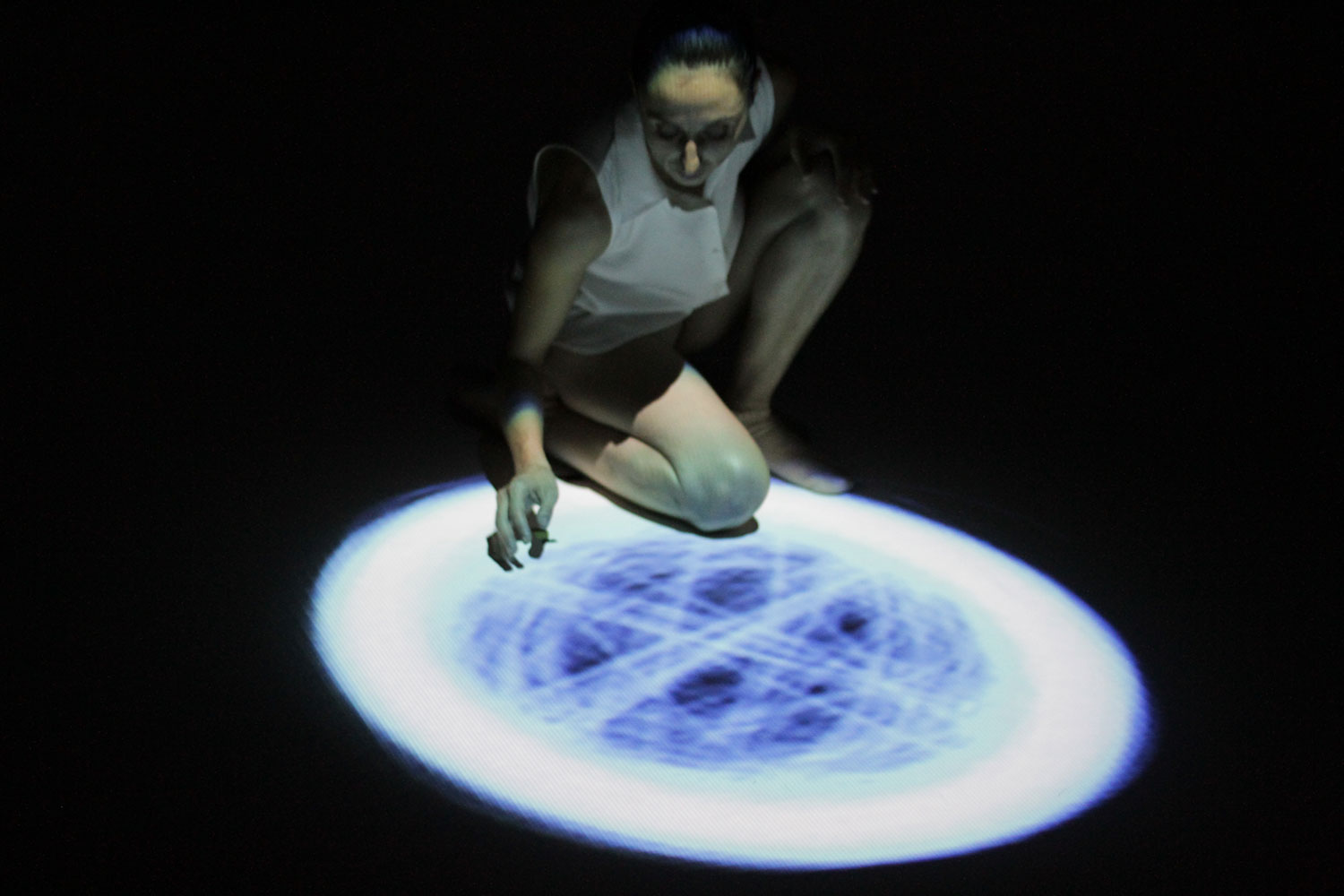 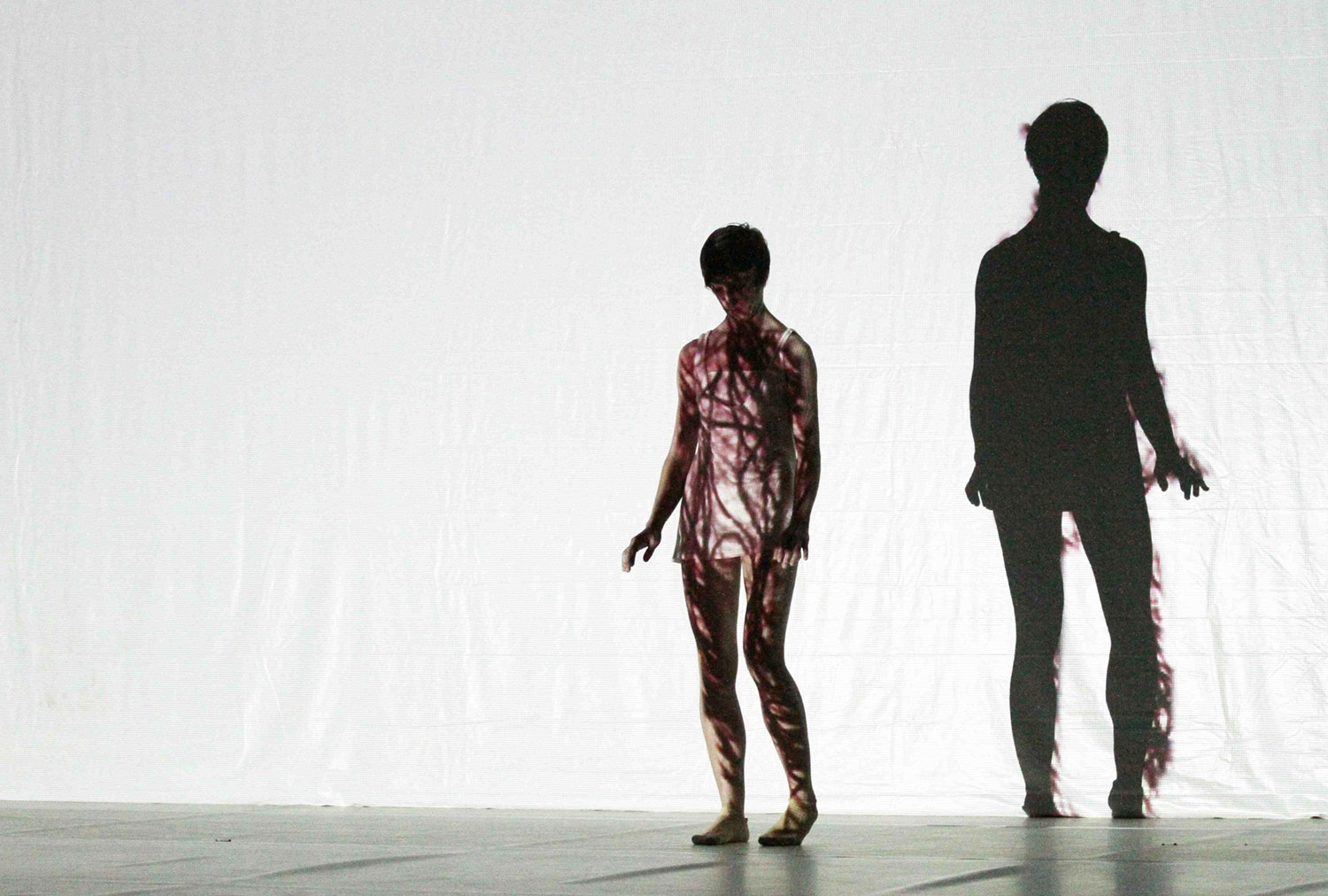 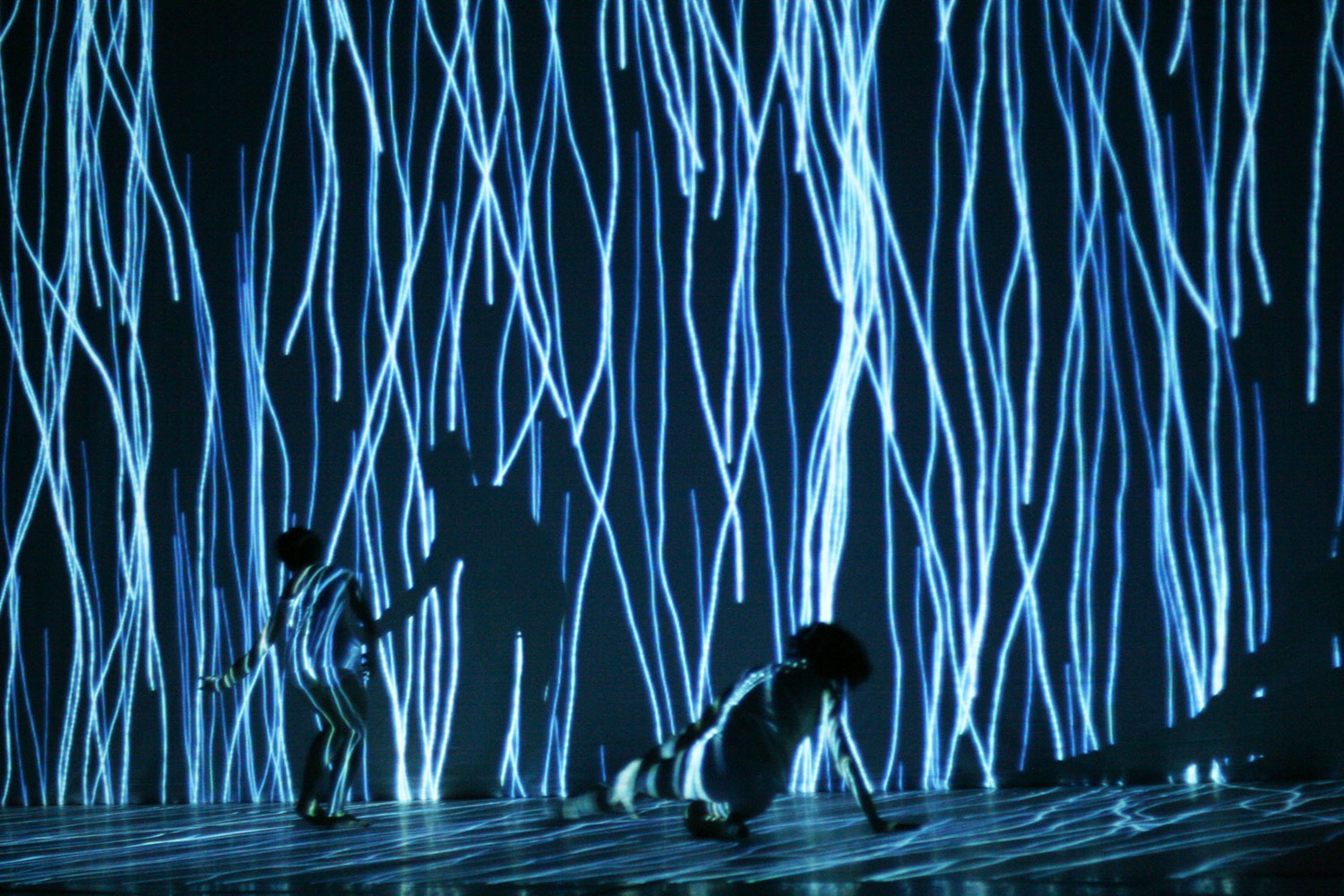 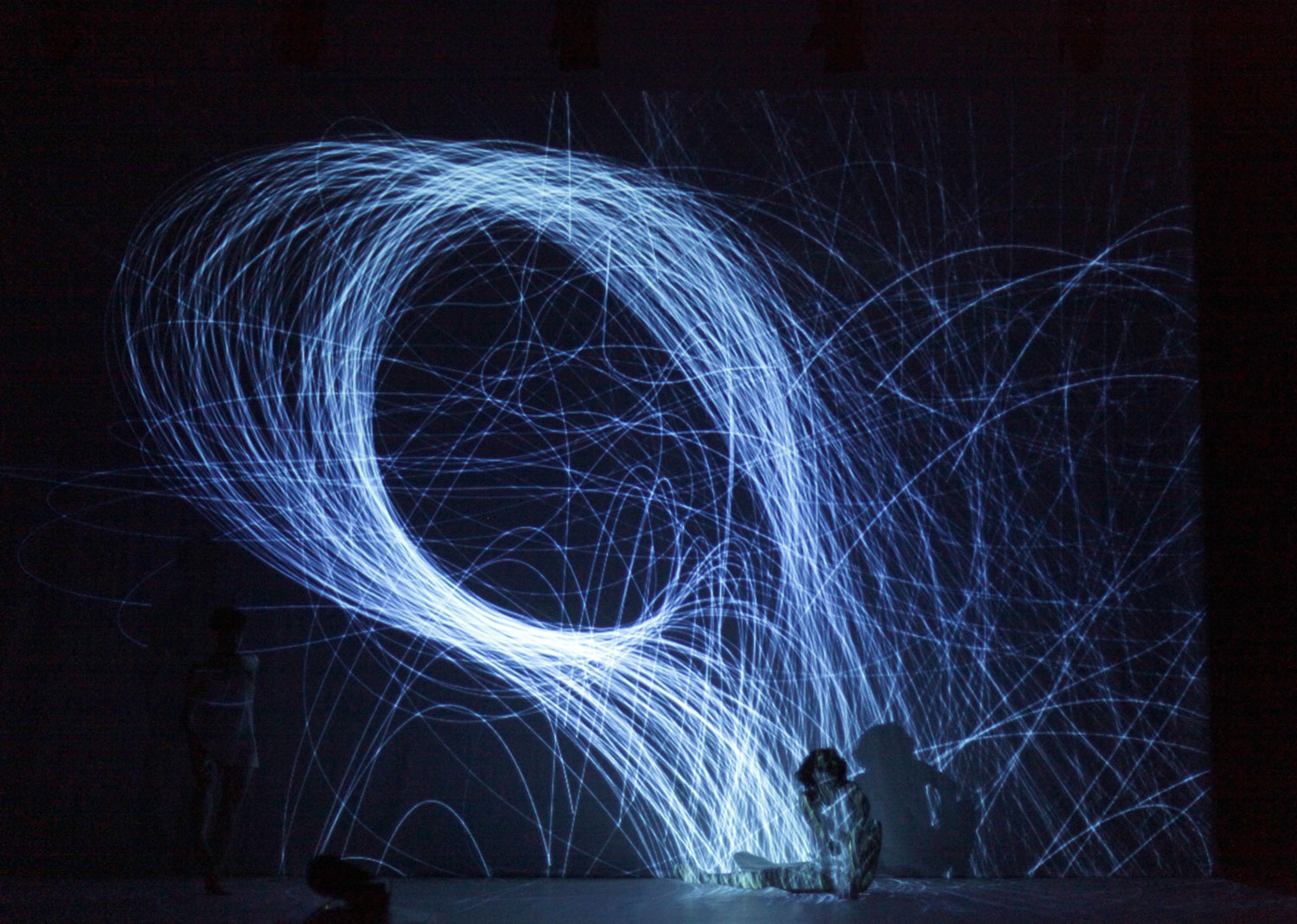 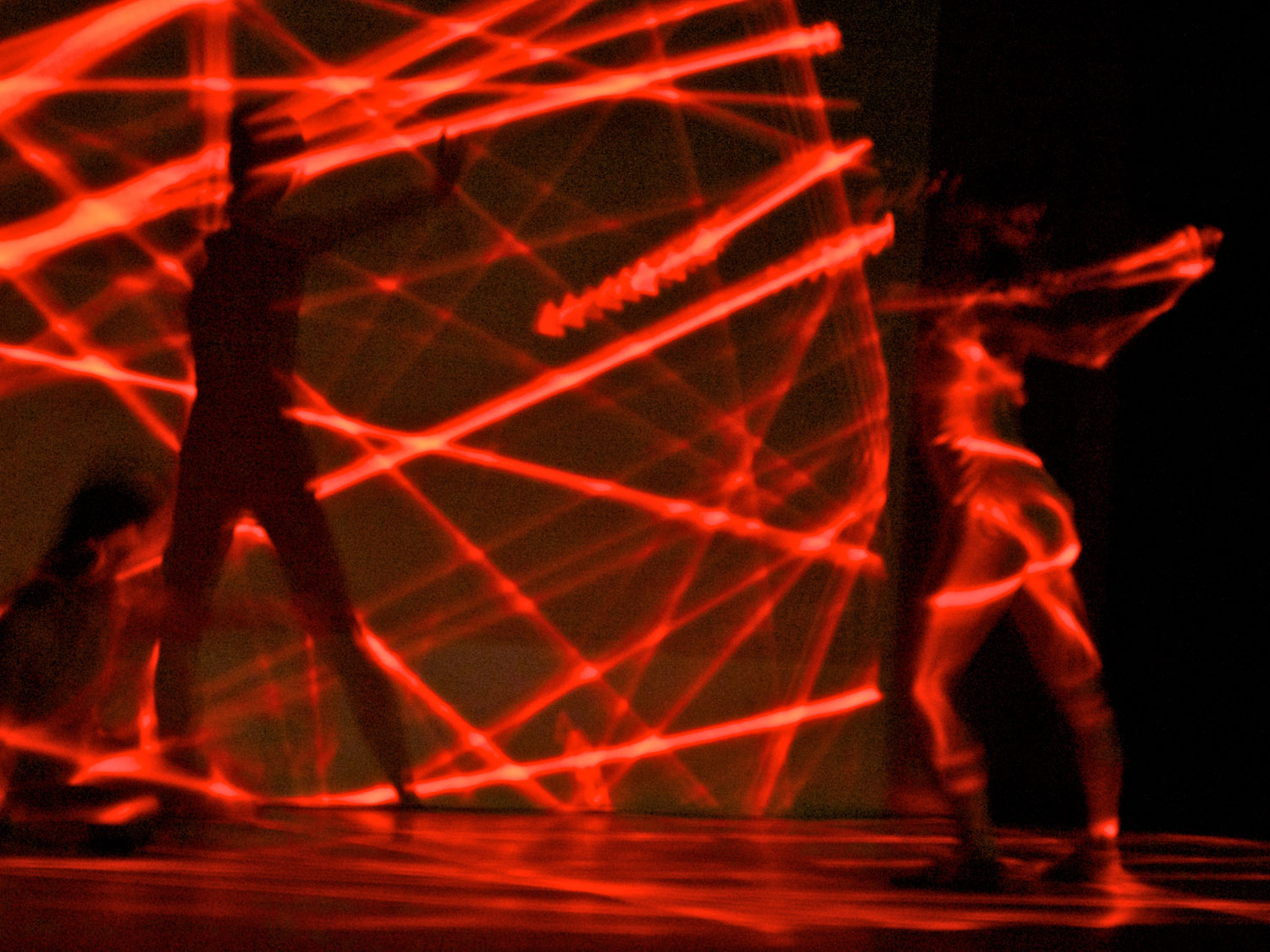 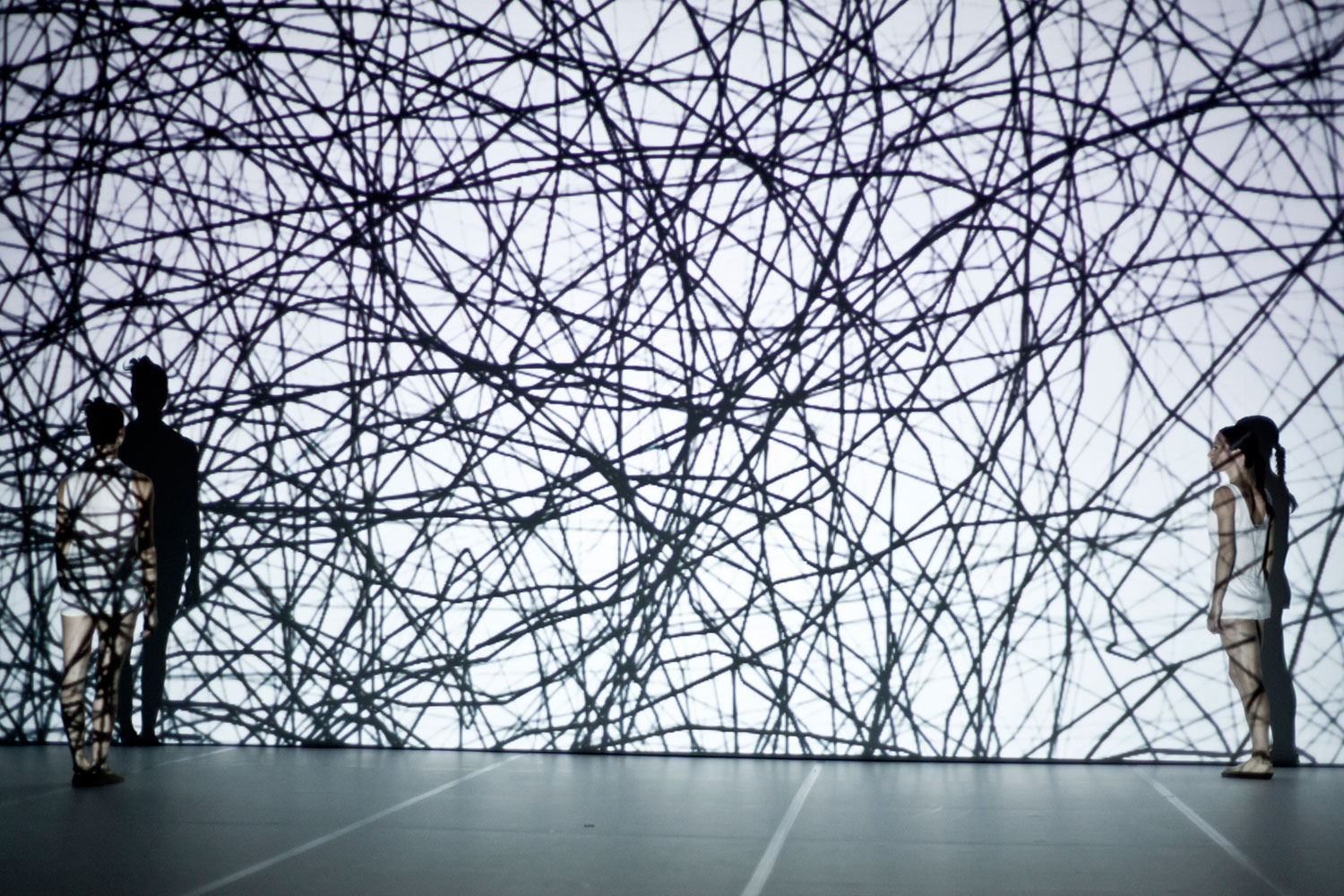 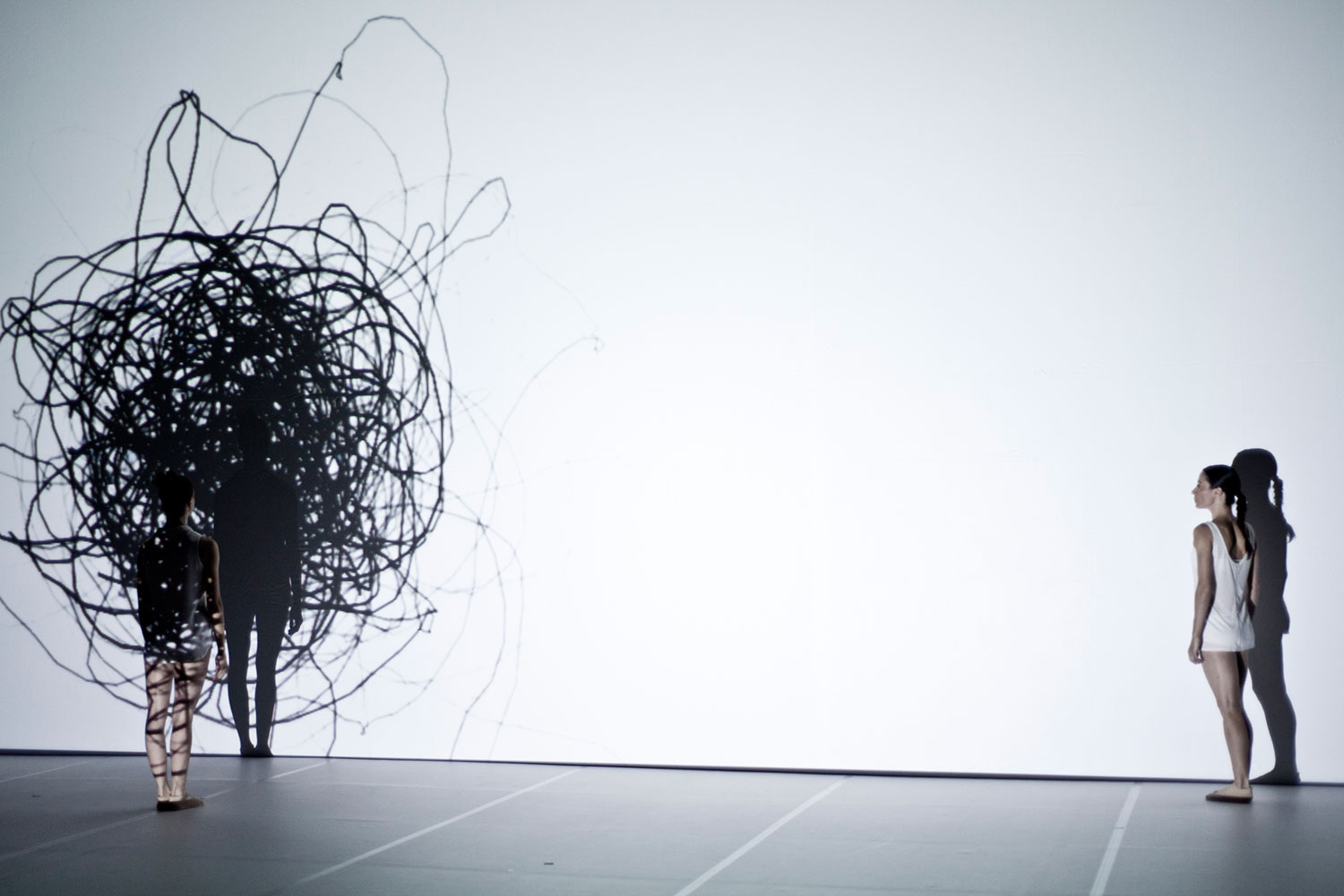 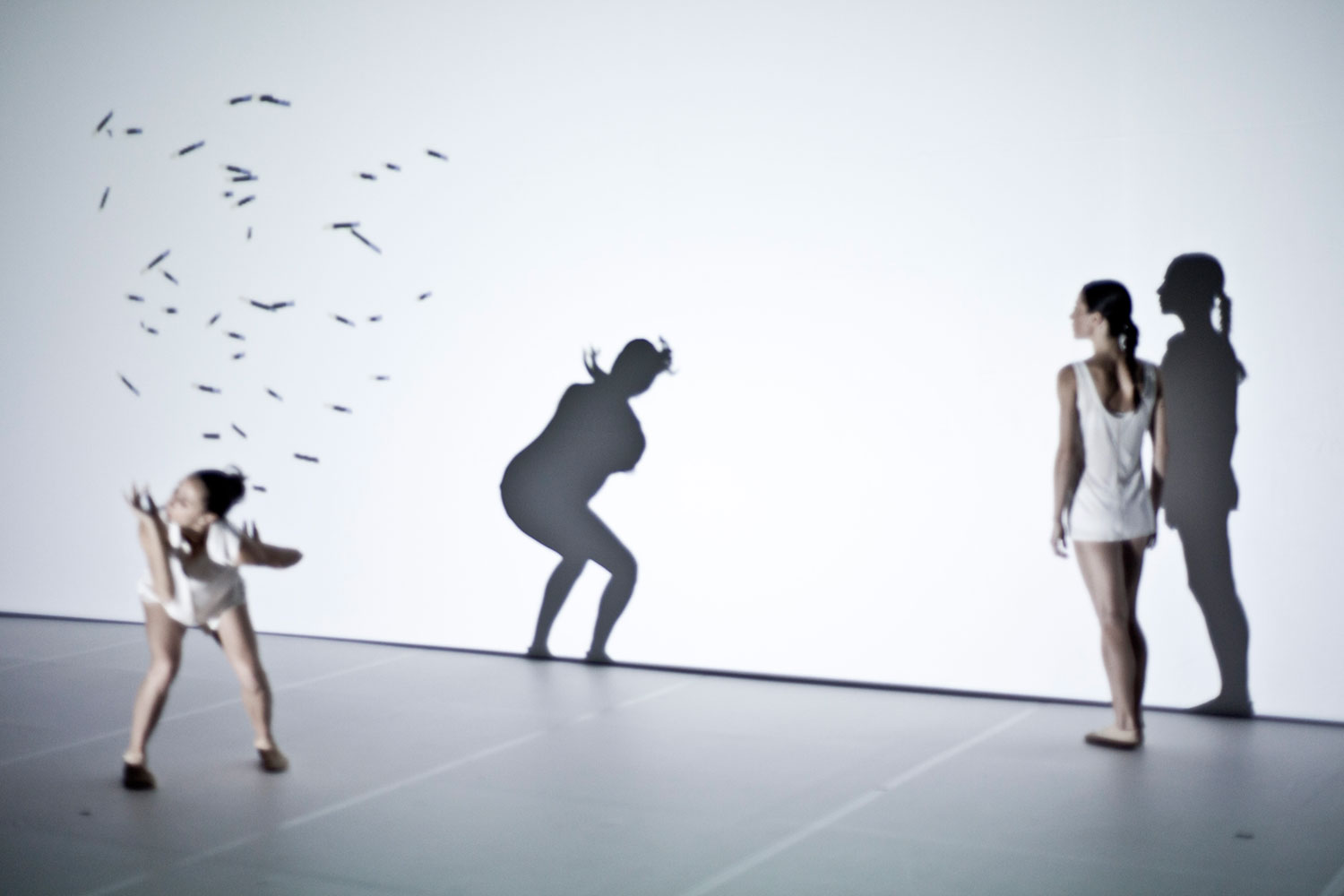 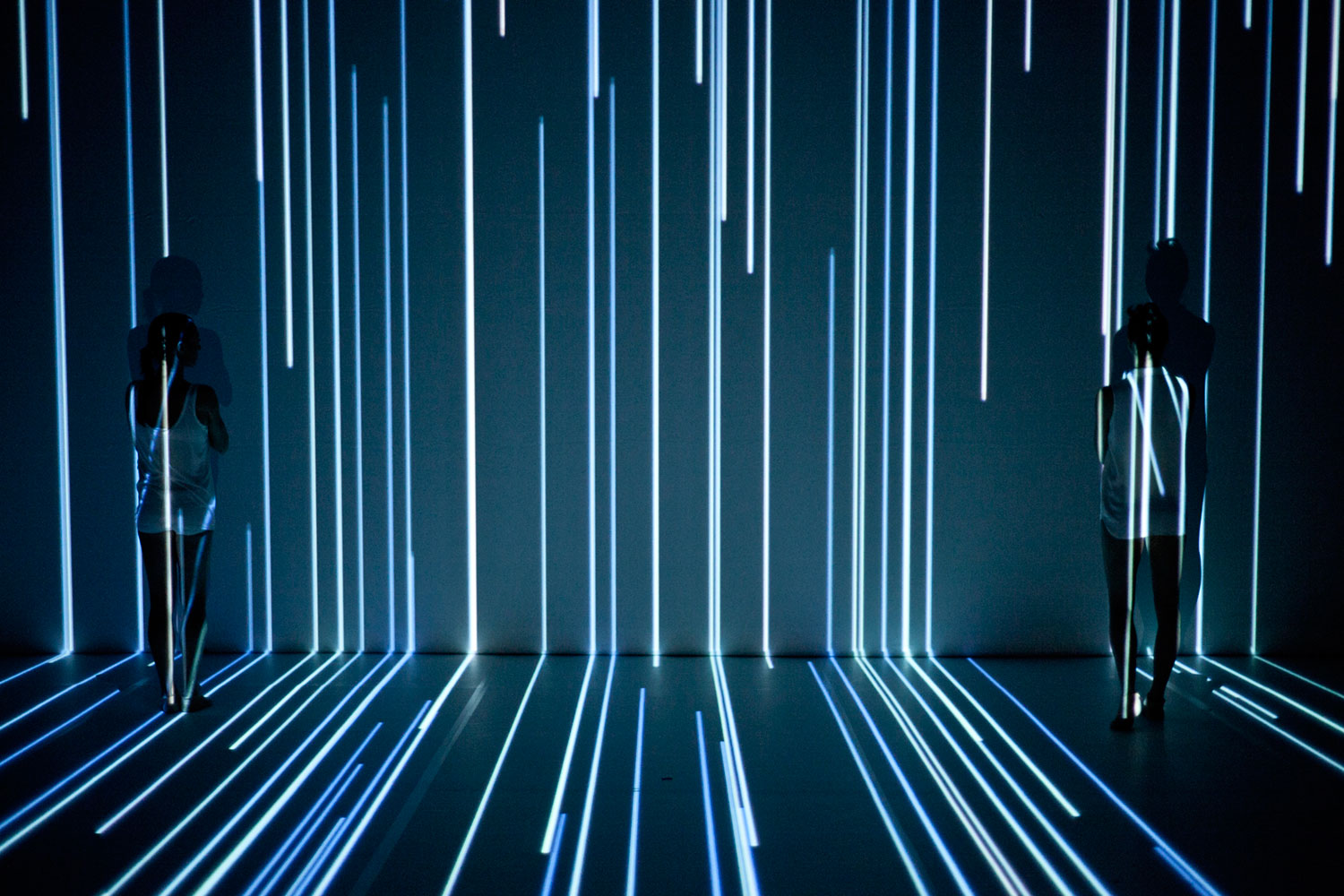 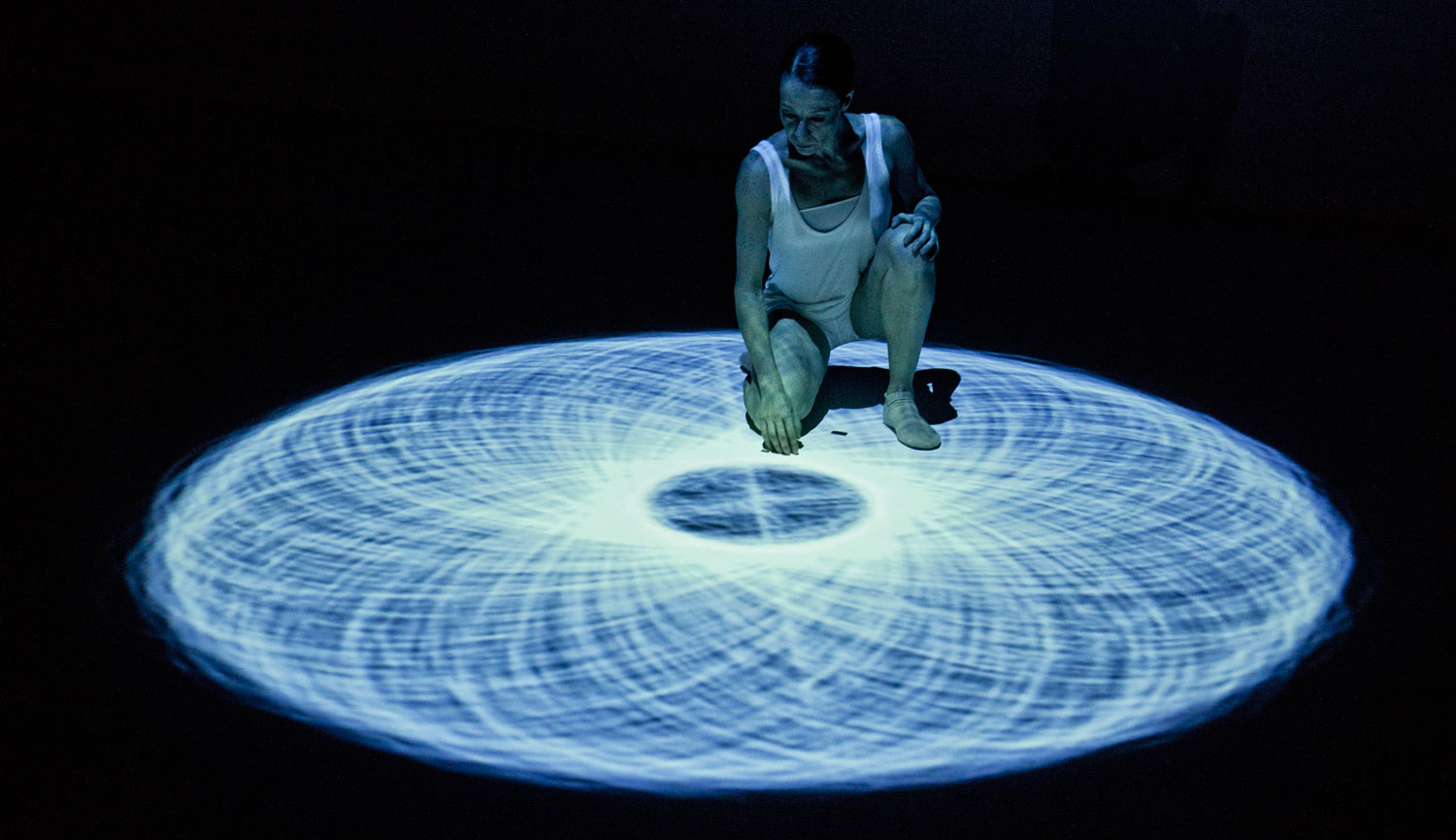